How Brake Rotors Stop a Vehicle

Brake discs or rotors came into wide use by American car manufacturers in the mid-1970s. However, as with other automotive innovations, the brake rotor is much older.

The first mechanical brake disc system arrived in 1898. It was fitted to the front wheel of an American electric vehicle built by Elmer Ambrose Cleveland.

Fredrick William Lanchester, the founder of Lanchester Cars, received a patent in 1902 for a mechanical disc brake system, adding it to his company’s vehicles. But, they didn’t work well because the brake pad friction material was made of copper. The brake pads created too much noise and wore out quickly.

Later, drum brakes became the American industry standard for close to 70 years. These brakes, with better friction material like asbestos, performed better and were less expensive,

With the start of World War II, the development of disc brake systems for military aircraft advanced rapidly. By adding hydraulic assistance to the disc brake system, a military plane could stop effectively and efficiently.

In 1953, a Jaguar C-Type race car used Dunlop hydraulic disc brakes for the 24 hours of Le Mans and the Mille Milgia races. The Mille Milgia was a 1,000 mile timed trial on public roads around Italy. It began in 1927 and was stopped in 1957 because of faster speeds and more accidents during the race.

The first U.S. vehicle with a disc brake system was a 1949 Chrysler Imperial, which was developed by Bendix Corporation. The system was standard on the Imperial limousine but optional for other cars.

In 1963, Studebaker offered front disc brakes as standard equipment on their Avanti sports car. The system was optional for other models. Studebaker got ahead of other manufacturers because Bendix was located in their hometown of South Bend, Indiana.

American automotive manufacturers continued to use internal drum brakes in the mid-1970s.
But as vehicles got heavier and faster, disc brakes became the new standard. Every vehicle since the 1970s has front disc brakes. Internal drum brakes are found on the rear wheels of some sub-compact and compact cars and trucks.

Resources Manufacturers make brake rotors for specific vehicle models, trim levels, and year. Without all the details plus the vehicle’s mileage, it’s hard to estimate

How Brake Rotors Stop a Vehicle

Resources Brake rotors (also called discs) are one of the three critical components needed to stop a vehicle. The rotor works with the brake caliper

Resources Brake discs or rotors came into wide use by American car manufacturers in the mid-1970s. However, as with other automotive innovations, the brake rotor

Rotors: When to Change 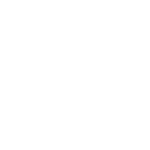 Rotors: How to Change 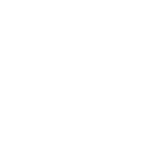 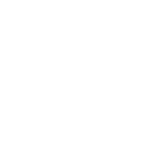